END_OF_DOCUMENT_TOKEN_TO_BE_REPLACED

Hands off, yet filled with big Tex-Mex flavors, these crockpot chicken fajitas are a crowd-pleasing dinner. Made with a flavorful homemade fajita seasoning, fire roasted tomatoes, bell peppers and red onion.

Whether you have a newborn baby or are trying to work from home, the slow cooker can be such a useful tool for getting dinner on the table! While we love crockpot teriyaki chicken and slow cooker lemon garlic chicken, these crockpot chicken fajitas are definitely the family favorite!

Simple to prepare, and delivering bold Tex-Mex flavors are just two reasons we love crockpot chicken fajitas so much. Not only can you get the ingredients into the slow cooker in under 15 minutes, but you can assemble them ahead as a crockpot freezer meal.

Don't forget to pin this post to save it for later!

Watch the video below to see how I make crockpot chicken fajitas! You can find more of my recipe videos on my YouTube channel.

Don't forget to pin this post to save it for later!

Truly Tex-Mex, fajitas originated in Texas in the early 1930's, when the less desirable cuts of beef were given to Mexican cowboys working on ranches as part of their pay (1). Traditionally involving strips of skirt steak cooked on a campfire or grill, modern fajitas usually include bell peppers and red onions, and can use a variety of meats (including chicken) as the protein.

Modern-day fajitas are frequently made with fajita seasoning, which is meant to replicate the traditional fajita marinade (2). These days, fajitas are often served in a sizzling skillet with warmed tortillas and toppings (guacamole, pico de gallo, shredded cheese and more).

These crockpot chicken fajitas are certainly different than the original fajitas, but I hope this slow cooker interpretation can bring delightful Tex-Mex flavors to your dinner table with minimal effort and clean up required.

1. Combine- In the base of a 5 or 6 quart slow cooker, stir together the honey, olive oil, chili powder, cumin, paprika, salt, onion powder, garlic powder and fire roasted tomatoes. Add the chicken breasts, and turn to coat in the mixture.

A note about slow cookers- I use Crock Pot brand slow cookers which cook slightly hot. If you know your slow cooker cooks lower or slower, increase the cook time to 5-6 hours.

3. Add peppers- 2 hours before serving, add the onions and peppers to the slow cooker. You can stir them in, or just let them sit on top.

TIP- Adding the peppers later on in the cook time prevents them from overcooking and getting stringy.

4. Shred chicken- Once the cooking cycle has completed, transfer the chicken to a clean bowl using tongs. Shred the chicken with two forks or using an electric hand mixer.

5. Toss back up- Return the shredded chicken to the slow cooker with a squeeze of lime juice, and stir everything up with tongs.

Make your own fajita seasoning

Add veggies at the end

If you've ever cooked bell peppers for 4 hours in a slow cooker, you were likely met with mushy and bitter results. Instead of adding at the start, we add the bell peppers and onions to the crockpot during the last 2 hours of the cook time. They soften and sweeten as they cook, but retain their structure this way.

Add a squeeze of lime

One of my favorite slow cooker tips is to add a bit of acid after cooking as it helps brighten all the flavors back up again after a long cook time. For this recipe, add a squeeze of fresh lime before serving; it compliments the spices in the fajita seasoning, as well as the fire roasted tomatoes.

To shred your chicken quickly, transfer the cooked boneless chicken breasts or thighs to a bowl, and use an electric hand mixer to shred it in seconds. This is much quicker than using two forks!

If you have bone-in chicken breasts, you'll want to pull the chicken off the bone before shredding.

One easy way to improve both the texture and flavor of grocery store tortillas is to toast them on an open flame (easy to do on a gas range stove or on a barbecue). Toast until they start to smoke a touch, then use tongs to flip them over.

If you don’t have a gas range stove or grill, you can toast them in a frying pan until lightly golden.

When serving your chicken fajitas, don't forget about the toppings! Here are some options:

Crockpot chicken fajitas make for a great meal prep option. Here are two ways to do it:

A crockpot freezer meal is assembled ahead and frozen before cooking. That way on cook day all you need to do is dump the meal into the slow cooker and press the cook button. No measuring!

Alternatively, you can cook this meal ahead and portion out. When you're ready, reheat and enjoy your easy meals! 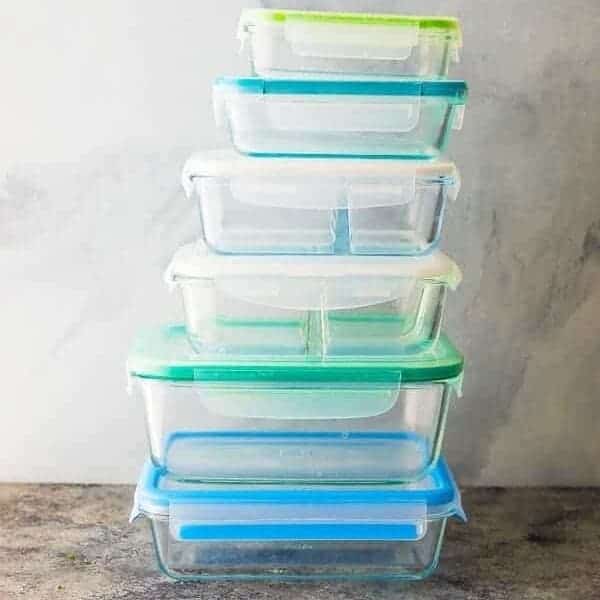 Our tried and true favorite meal prep containers and jars that will keep your food fresh, help you reheat it evenly, and withstand the test of time. No more wasting your money, these are the absolute best containers out there!

Hands off, yet filled with big Tex-Mex flavors, these crockpot chicken fajitas are a crowd-pleasing dinner. Made with a flavorful homemade fajita seasoning, fire roasted tomatoes, bell peppers and red onion.
8

1- you may swap fire roasted tomatoes for rotel (caution- spicy!) or regular diced tomatoes 2- you may use bone-in chicken breasts or boneless skinless chicken thighs; adjust the cook time to 5-6 hours on low Storage After cooking, cool completely before portioning out in an air tight container. Refrigerate for up to 4 days. Reheat Reheat in the microwave or (best) in a frying pan over medium heat. Heat until steaming hot. Do not reheat more than once

END_OF_DOCUMENT_TOKEN_TO_BE_REPLACED 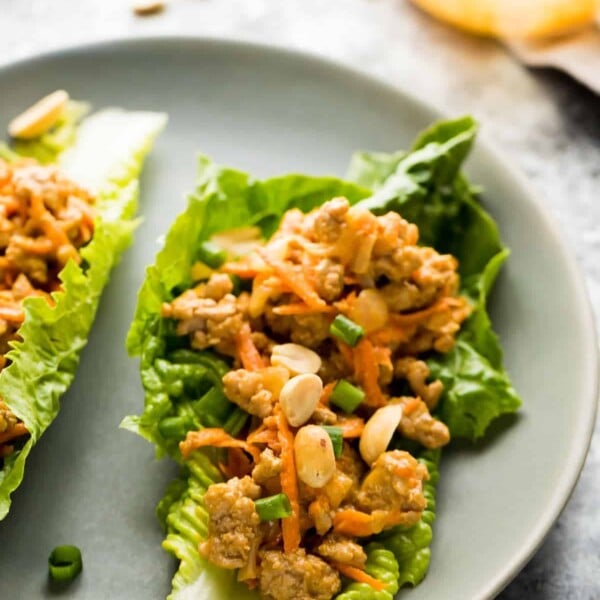