END_OF_DOCUMENT_TOKEN_TO_BE_REPLACED

Triple berry pie smoothie is loaded with blueberries, blackberries, raspberries and strawberries with a hint of vanilla and cinnamon! Dairy-free/vegan.

This past month, we've started Kai on solid foods!

I was so very excited...after all, food is one of my passions! I thought long and hard about what food to give him first, and finally decided on sweet potato. Everyone loves sweet potato, right?

That first spoonful went into his mouth, he smacked his lips a bit, made a funny face, which turned into full on 'pouty face', complete with quivering lower lip and large, tear-filled eyes looking at us in fear. 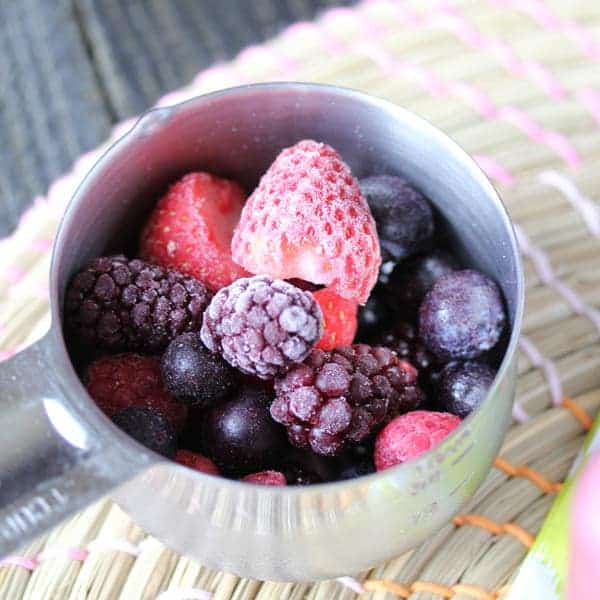 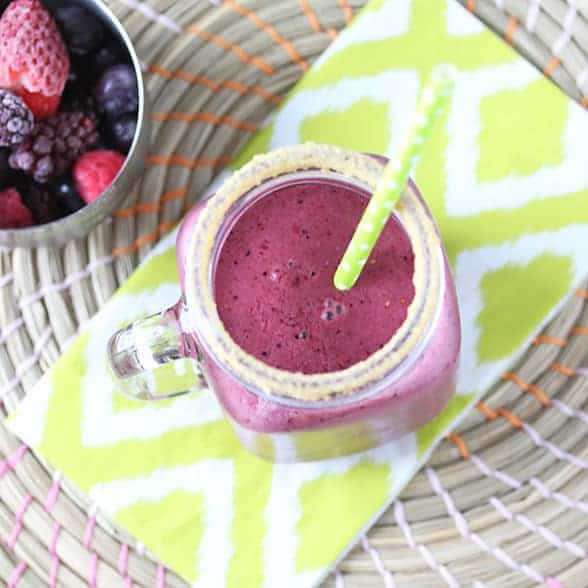 Which is actually still surprising because this kid will put anything into his mouth, but give him some real food and he freaks out.

But we gave it a try a few days later, with some smashed avocado, no camera up in Kai's face, and no overly-eager mom and dad, trying to shove a spoon into his mouth. And he liked it 😀

Since then, we've done apples, pears, carrots and back to sweet potato {and at this point he was happy to eat it}. 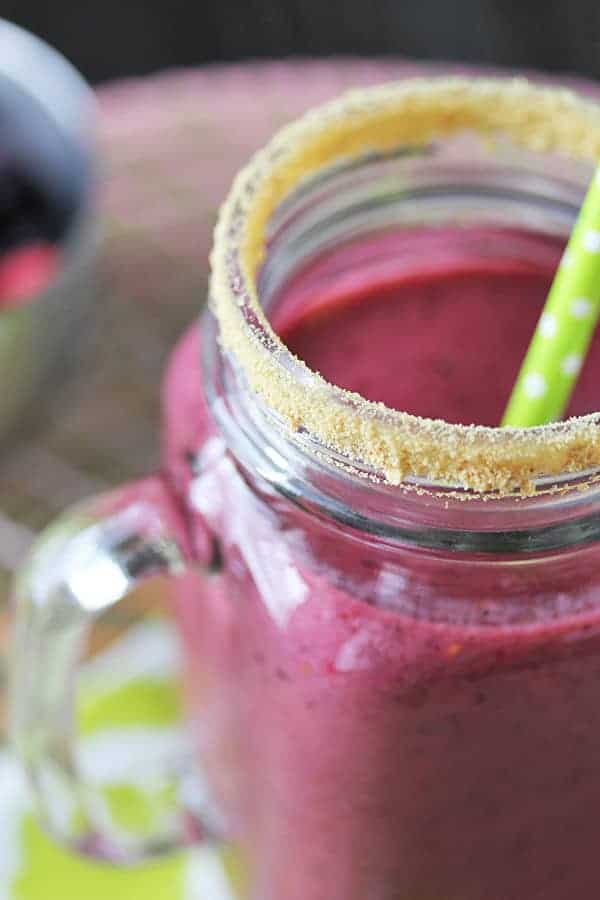 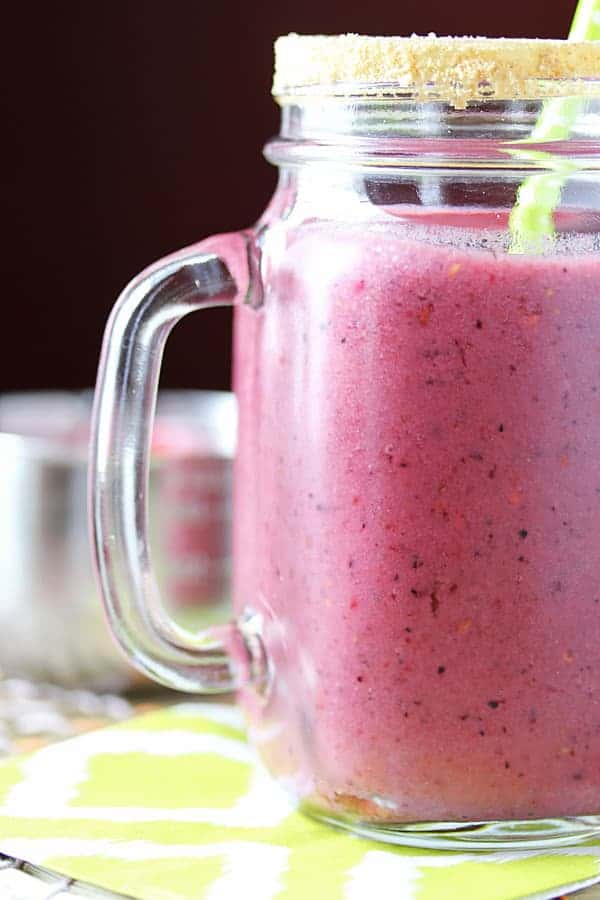 All these pureed foods I've been preparing. Maybe that is why I've got smoothies on the brain. Kind of like a fruit puree...for adults. But waaaaay more appetizing!

Today's smoothie I called a 'triple berry smoothie', but it could really pass as a quintuple-berry smoothie {which just doesn't have the same ring to it}.

This smoothie is packed with berries: strawberries, raspberries, blackberries and blueberries {from a frozen back of four berry-blend berries}. Then cran-raspberry juice is added to sweeten it a touch {I love cran-raspberry but you can use good old straight up cranberry juice if you wish}.

Vanilla and cinnamon are the secret weapons of this smoothie; the ones that will leave people asking "what is that?". They are what give it that 'pie' flavor, or at least baked something-or-rather flavor.

This is a basic recipe, but feel free to throw in whatever add-in's you'd like...ground flax seed or chia seeds are my favorites.

This drink has 155 calories and makes a 1 ½ cup serving, making it a healthy, fast and delicious way to start your day!

Triple berry pie smoothie is loaded with blueberries, blackberries, raspberries and strawberries with a hint of vanilla and cinnamon! Dairy-free and vegan.
1

END_OF_DOCUMENT_TOKEN_TO_BE_REPLACED 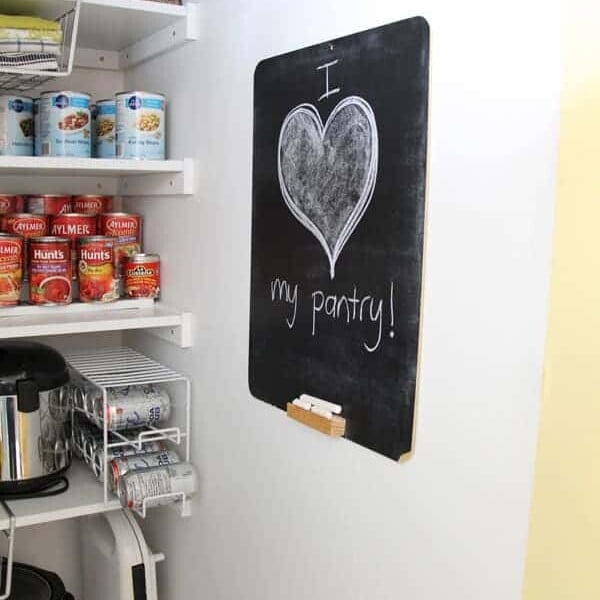 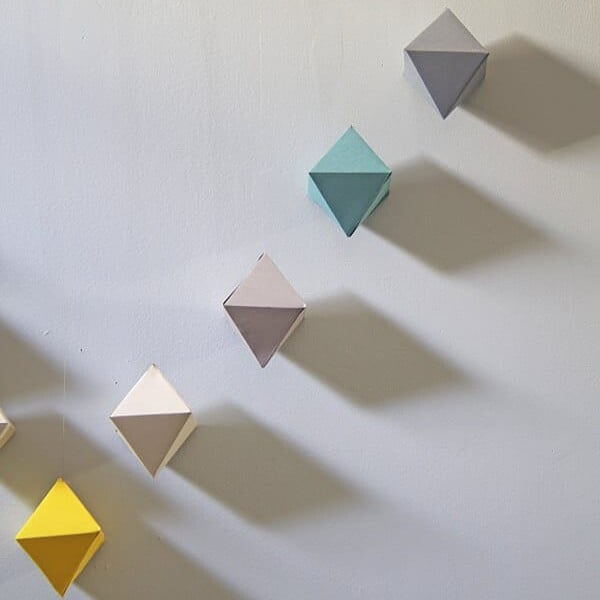