END_OF_DOCUMENT_TOKEN_TO_BE_REPLACED

Brownies will always have a special place in my heart, but blondies are definitely my favorites! The buttery-brown sugar flavors, the crinkly tops, and the endless flavor possibilities make them fun to bake and even more fun to eat!

From key lime white chocolate blondies to cinnamon roll blondie bites to these raspberry swirl cheesecake blondies...there are so many delicious possibilities! 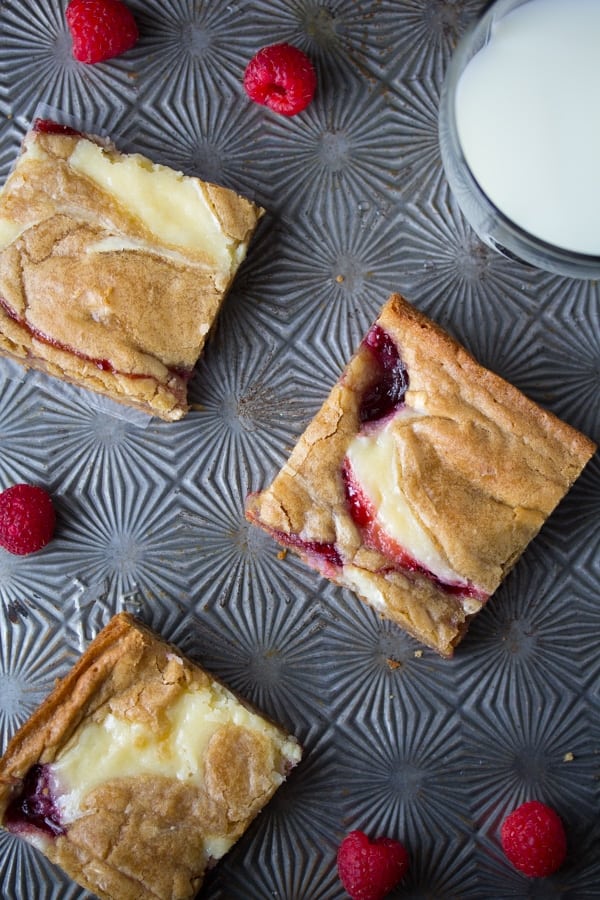 These blondies are definitely a little 'outside of the box'. A crowd-pleaser of a dessert, and pretty to look at too, they are a fun and creative baking project.

Readers love this one and I'm sure you will too! 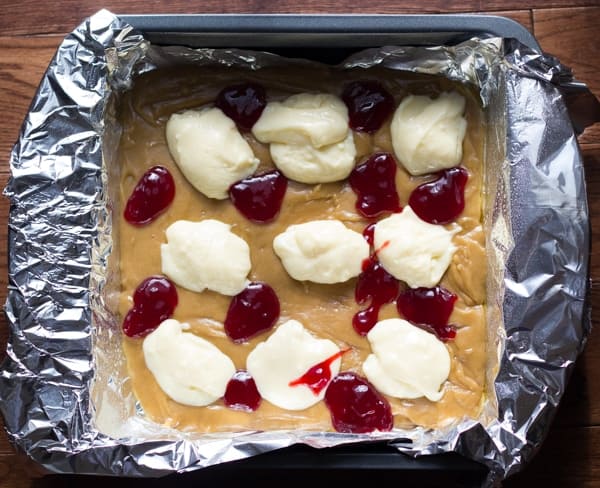 Start with the cream cheese layer

Taking the time to brown the butter in this recipe adds a nutty quality and added depth of flavor to the blondies. To brown the butter, you will simply sauté the butter, cooking and stirring for several minutes until the milk solids separate as small bits, then toast and turn brown.

For step by step photos showing how to brown butter, read this post!

After browning the butter, transfer to a large bowl and stir in the sugar. Let the mixture cool for at least 5 minutes to prevent it from cooking the egg when added.

After 5 minutes, we add in the egg, vanilla, and all purpose flour. Stir together until completely combined, then scrape ⅔ of the batter into a foil-lined 9 x 9 inch pan.

Before swirling it in, heat up the raspberry jam in the microwave for 10 seconds. This makes it easier to swirl it in.

The blondies will not be very good looking at this point and the top of the blondies may not be very smooth, but everything comes together as they bake and they will come out looking much better! 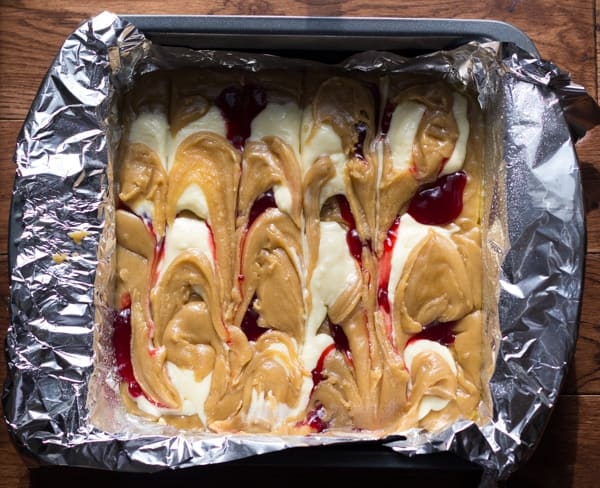 These blondies are best served fresh but can be baked ahead and stored: 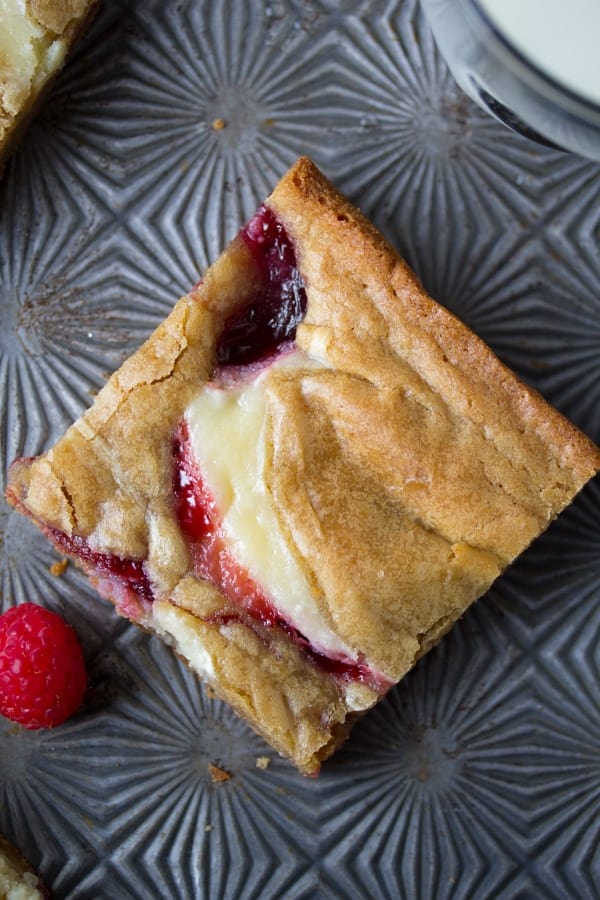 Bars may be cut into 16 small blondies or 12 larger ones; nutritional information is for a small bar. Storage

END_OF_DOCUMENT_TOKEN_TO_BE_REPLACED 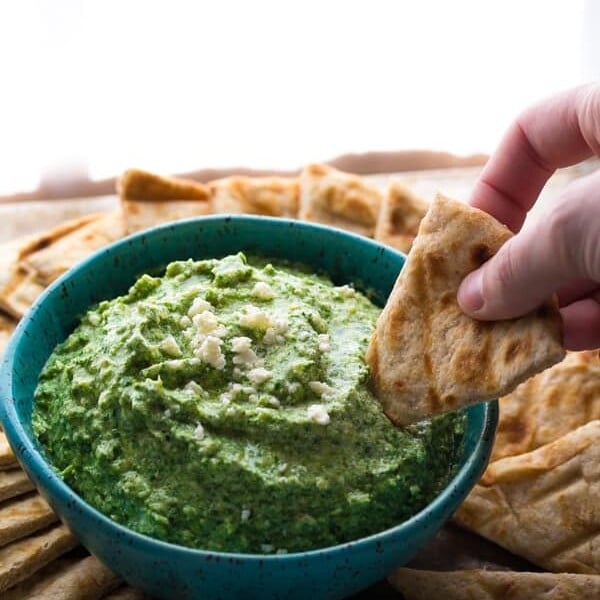