END_OF_DOCUMENT_TOKEN_TO_BE_REPLACED

These cinnamon roll blondie bites are sprinkled with cinnamon sugar and smothered with cream cheese frosting. A one-bite dose of cinnamon roll flavor!

Does anyone else find it slightly annoying that the moment...the very second...that the clock strikes midnight on Halloween and the calendar turns to November, that Christmas everything starts appearing?

I have seen my first Christmas shopping ad up on TV this week. People have their lights up, and on! They are selling advent calenders at the grocery store {I totally have my eye on one of those super expensive Lindt ones}. And it just feels like, in general, everyone is gearing up for the holidays.

Not me! We still have our pumpkin out on the front step. My little protest...ha! More like laziness. But it will be several weeks before I ask Ben to get our lights up, and there aren't any Christmassy recipes up my sleeve anytime soon.

For now you will have to settle for these little cinnamon roll blondie bites. 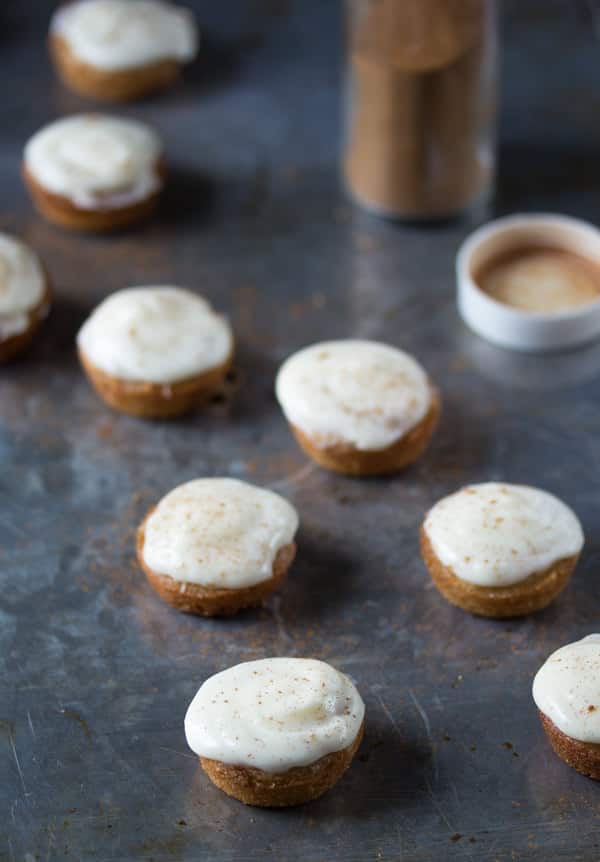 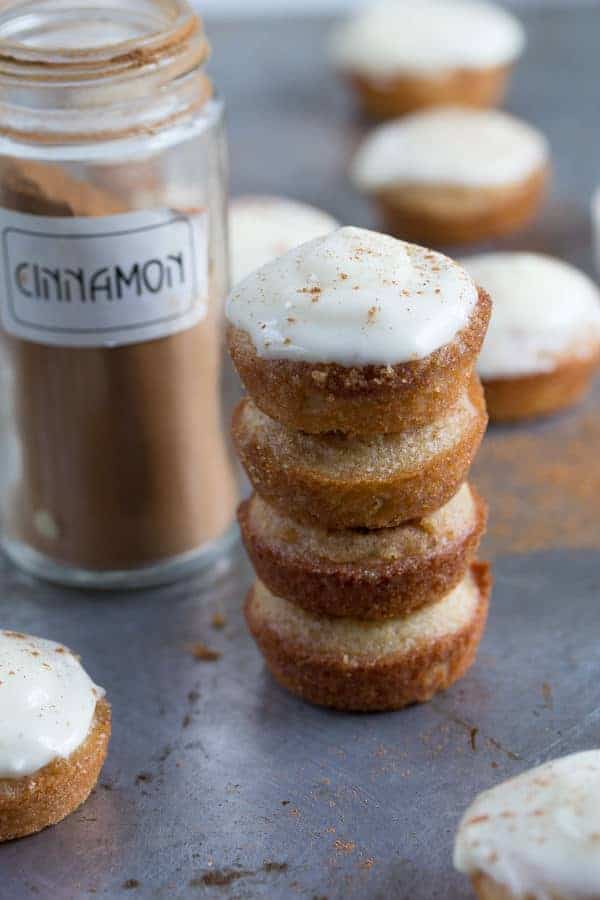 Do you love mini food as much as me? I have been on a bit of a mini kick in the past few months. Lemon Meringue Pie Bites. Cranberry Sauce Mini Cheesecakes. And now these Cinnamon Roll Blondie Bites!

These mini blondies were kind of a last resort, but now that I've eaten them, I wouldn't have it any other way! I was actually trying to do some sort of cinnamon swirl blondie bar...it just wasn't happening, and I couldn't solve the mystery of the sinking blondies {a mystery I thought I'd solved back in the spring!!}

So instead, I decided to break out my mini muffin pan. 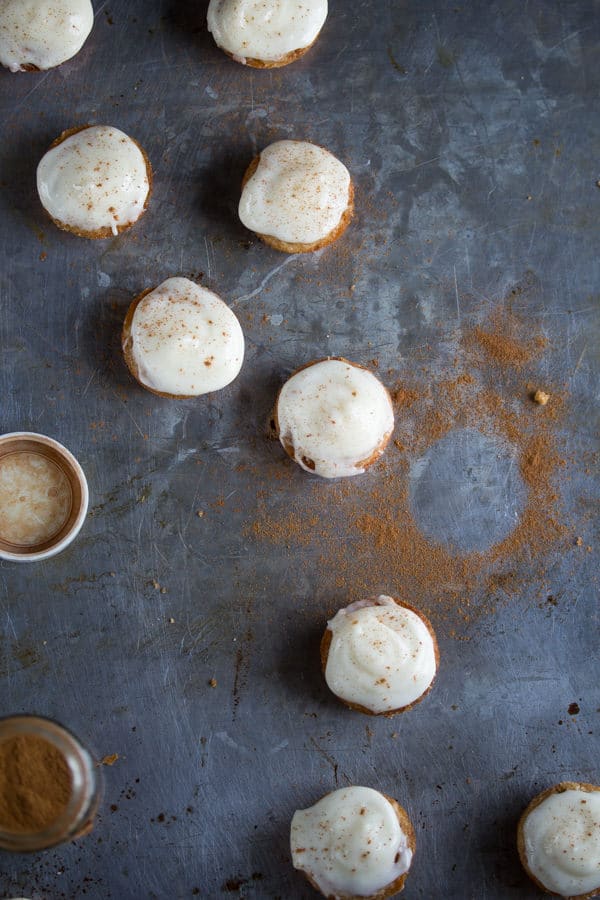 And these mini blondies had the perfect texture: chewy edges, soft inside. Rather than doing a cinnamon sugar swirl, I decided to just sprinkle some over the tops. And the cream cheese frosting was a given {although it was going to be piped cream cheese frosting, until I realized that low fat cream cheese doesn't really do that}.

So as you guys can tell, these mini blondies were a happy accident. They don't look how I thought they would look, they are kind of a rag-tag bunch of little punks. The important part is that they taste even better than I'd imagined! There is no mistaking that cinnamon roll flavor! {Or smell, your house will smell ah-mazing.}

Side note: Cinnabon is directly across from the maternity clothing store in my local mall, and when I was pregnant, the amazing smell of cinnamon buns dragged me over there on more than one occasion. Well played, Cinnabon, well played. 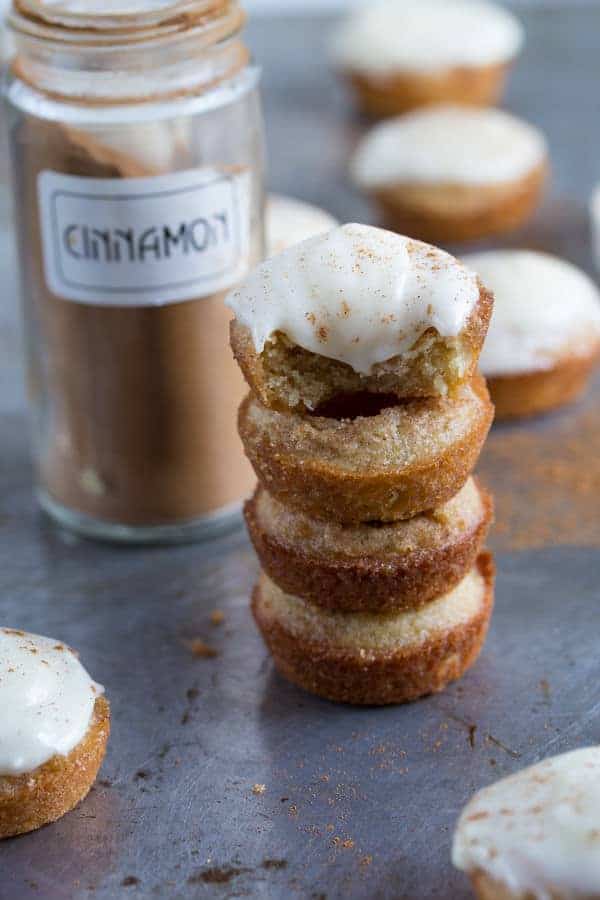 Not a bad plan B at all!

These cinnamon roll blondie bites are sprinkled with cinnamon sugar and smothered with cream cheese frosting. A one-bite dose of cinnamon roll flavor!
18 -20

Blondies will keep in an airtight container for 3-4 days, unfrosted. Frosting will keep in the refrigerator for 5-7 days.

END_OF_DOCUMENT_TOKEN_TO_BE_REPLACED 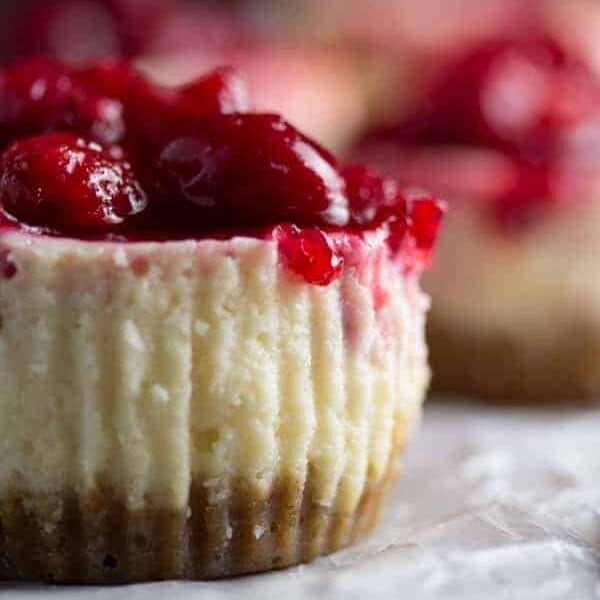