END_OF_DOCUMENT_TOKEN_TO_BE_REPLACED

Pan fried gnocchi gets a delicious texture and is tossed with sage and black pepper. A tasty side dish option and great alternative to potatoes! 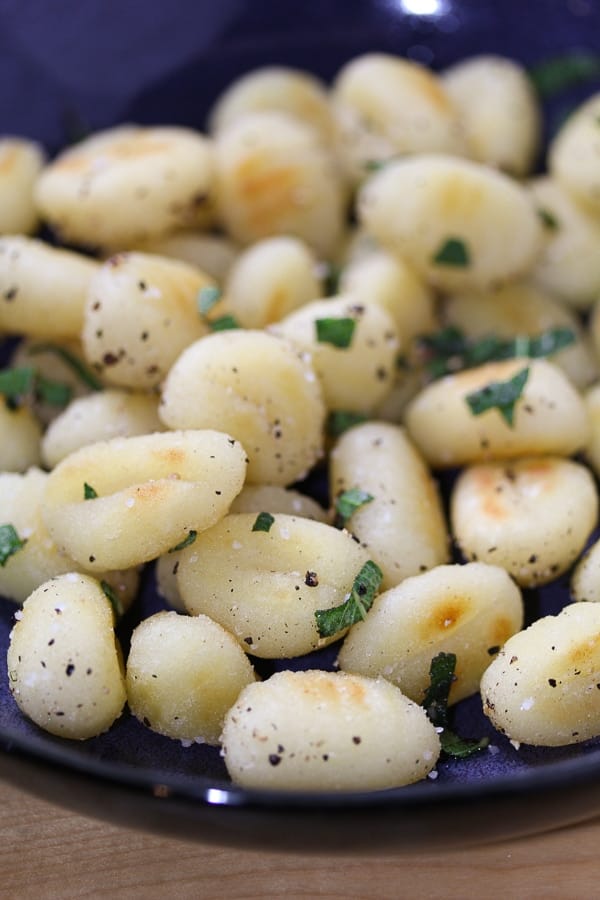 A week ago, craziness hit Calgary. Make that a flood...of Biblical proportions. Huge rainfall in the Rockies made its way downstream in the Bow and Elbow Rivers, and hit the city like never before. Thousands of houses were flooded. Cars left abandoned were submerged. The city's downtown channeled waters between highrise buildings. The zoo was flooded, leading to the evacuation of several animals (we later found out a hippo almost escaped during the flooding...can you imagine?)  The Stampede grounds were completely flooded (a few weeks before Stampede is set to go), and the Saddledome, where the Calgary Flames play hockey was completely destroyed below the 8th row (dressing rooms, equipment).

The craziest part of all of this is how casual and flippant we all were prior to the waters arriving in Calgary. We saw the photos of what had happened upstream in Canmore, and knew water was coming. But we never imagined that all of this would happen. I left work last Thursday thinking "Calgary is under a state of emergency? Over-reaction?". This is why people left their cars, pets and valuables, thinking that the evacuations were merely a precaution. How wrong we were.

I am very fortunate to live far from the river and the devastation, and have watched this story unfold like some sort of crazy dream. It has been amazing to watch Calgarians band together and help their neighbors clean up the mess. People have opened their homes to complete strangers who have been evacuated from the floods. Mayor Nenshi called for 600 volunteers and thousands turned up. It is so wonderful to see! 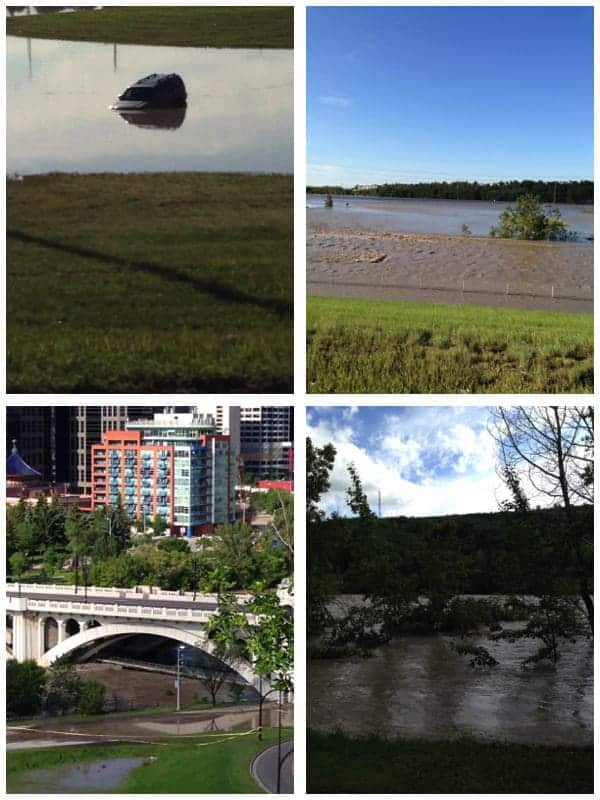 Above are some photos I snapped on my iPhone during the flooding. Really, the pictures of the river don't convey the monster that it became: so big and so fast. I think even the geese on the river were alarmed! 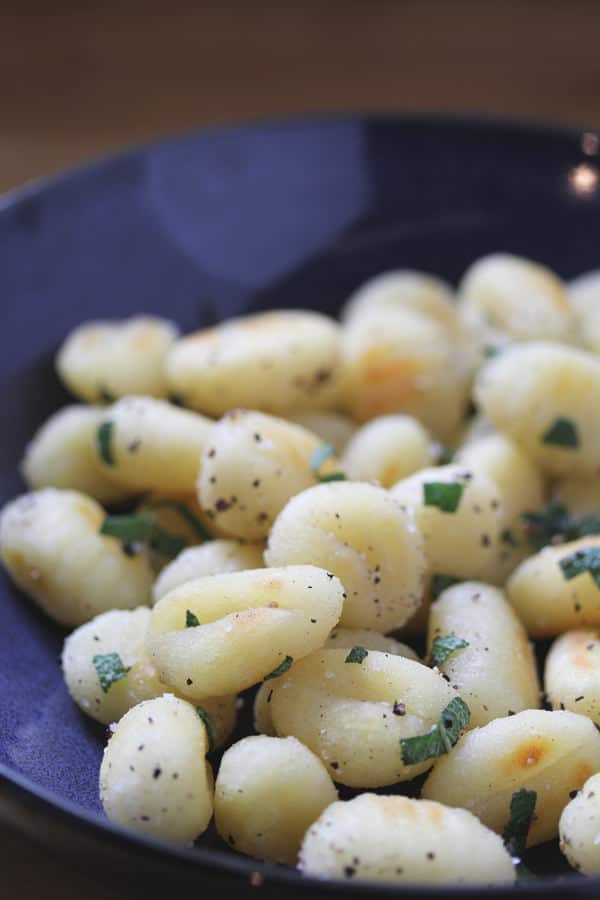 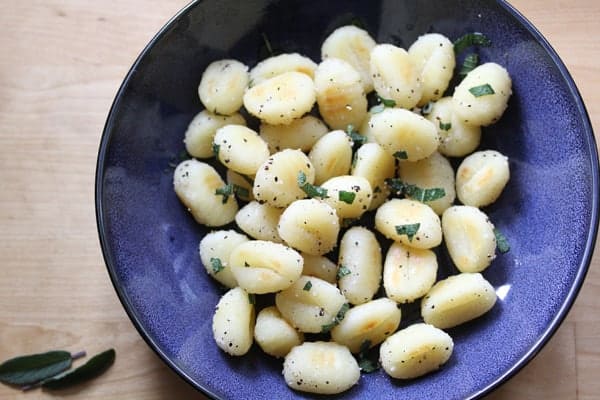 This post is going to be short and sweet. I almost feel like this is a cheat post. Because this recipe Couldn't. Be. Simpler. This is the dish you throw together when you don't have the time to cook roasted potatoes, and don't have the energy to boil water to make mashed potatoes.

Toss some packaged gnocchi into olive oil. Throw in a pan. Fry. It's really that easy.

The shocking thing is how amazing these things taste! We were actually arguing over who got the plate with more gnocchi on it!

Once fried, the gnocchi get a beautiful golden color, a crunchy exterior and the usual soft, pillowy inside. Add some black pepper and some garden grown sage into the mix, and you have yourself a classy, delicious side dish.

And no one will ever know how little effort it took!

Pan fried gnocchi gets a delicious texture and is tossed with sage and black pepper. A tasty side dish option and great alternative to potatoes!
4

END_OF_DOCUMENT_TOKEN_TO_BE_REPLACED 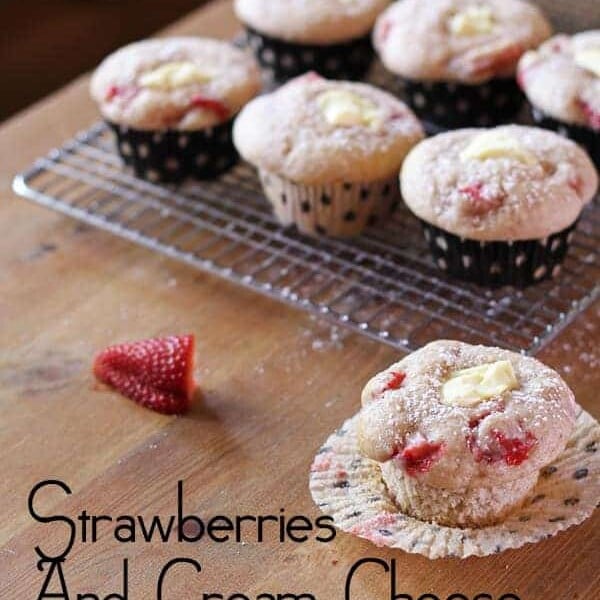 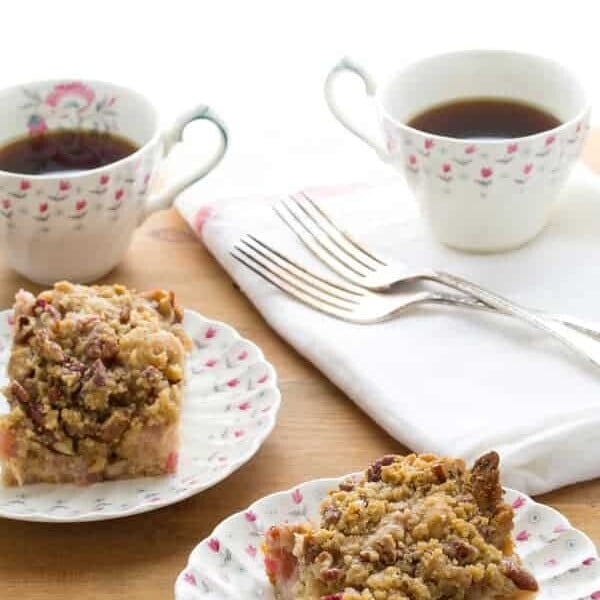